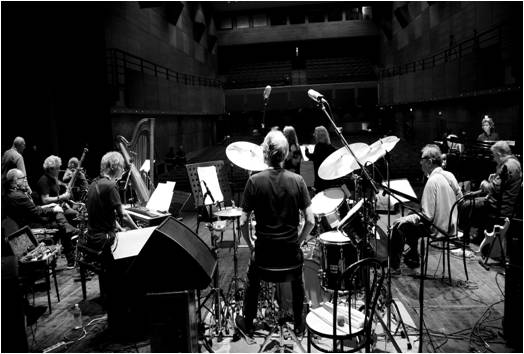 To celebrate the life and work of Lindsay Cooper (1951-2013), four legendary bands came together from points halfway across the earth to perform Lindsay’s music as part of the EFG London Jazz Festival in the first of three concerts at the Barbican, Huddersfield International Music Festival and a final concert in Forli, Italy.

Lindsay Cooper, in common with most film composers, was poly-stylistic and no respecter of musical convention; less commonly, she also understood performance dynamics and the chemistry of bands. The concert offered a unique opportunity to hear some extraordinary repertoire and was a roaring success with audiences flying in from all over the world to witness these historic concerts.