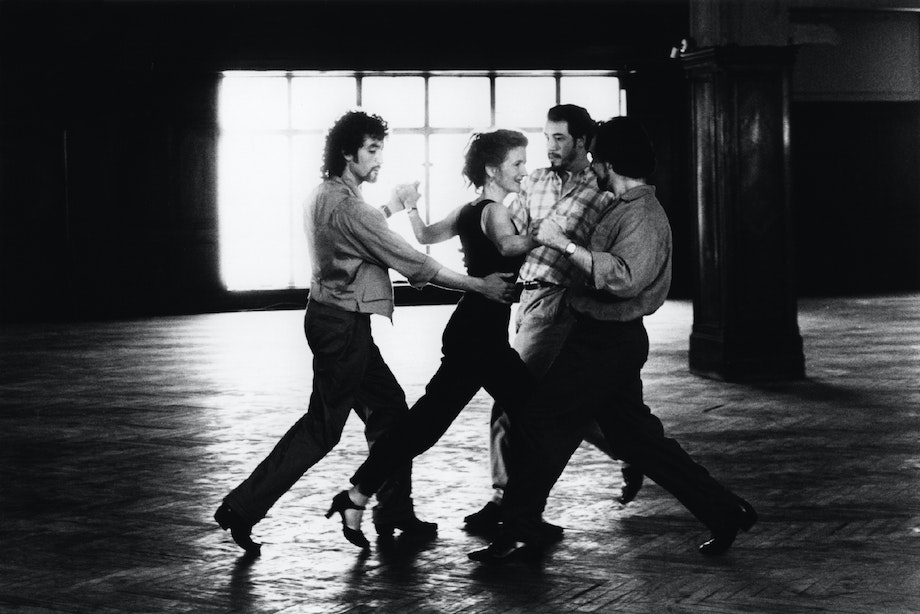 THE TANGO LESSON is about a female filmmaker who discovers and falls in-love with the tango. In between bouts of writing a screenplay for Hollywood with which she finds herself increasingly dissatisfied she places herself under the tutelage of Pablo, an Argentinean tango dancer living in Paris. As the lessons proceed, they strike a bargain: if he will make her a tango dancer, she will make him a movie star. He accomplishes his side of the bargain when they perform in a show, but her attempt to make a film with Pablo in Buenos Aires exposes the complexities at the heart of the story - how do you follow when your instinct is to lead?

“Most dances are for people who are falling in love. The tango is a dance for those who have survived it, and are still a little angry about having their hearts so mishandled. “The Tango Lesson” is a movie for people who understand that difference.” - Roger Ebert, December 19 1997

“Can any other British film-maker beat this?”- The Evening Standard, 27 November 1997.

"The duel between Potter and Veron is all the more fascinating because it is about the wisdom of passion, rather than the temptation. The score, partly composed by Potter, is so seductive that for the first time in years I walked out of the screening and down the street and bought the soundtrack." -Roger Ebert, Chicago Sun-Times, 19.12.97

“See the film because it is not like anything you¹re going to see in America for a good long while. And enjoy the dancing. I did, and I caught myself smiling as I watched. A film hasn¹t done that to me in a long time.”- Jonathan Williams, KillerMovies February 20th 1998