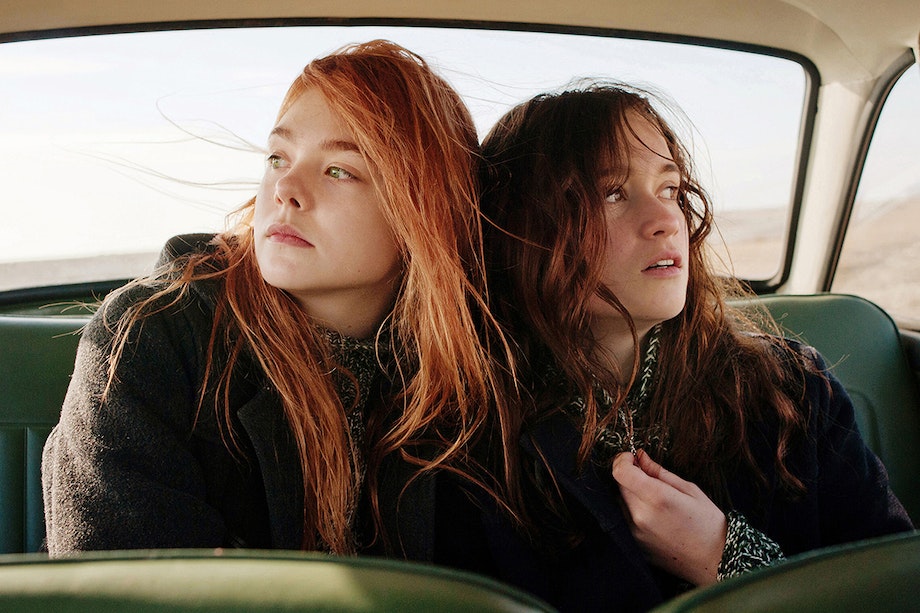 London, 1962. Two teenage girls - Ginger and Rosa - are inseparable; they play truant together, discuss religion, politics and hairstyles, and dream of lives bigger than their mothers' frustrated domesticity. But, as the Cold War meets the sexual revolution, and the threat of nuclear holocaust escalates, the lifelong friendship of the two girls is shattered - by the clash of desire and the determination to survive. Sally Potter's latest film is an evocative and beautifully shot portrait of post-war Britain, as seen through the eyes of Elle Fanning's impressionable young teenager. She plays Ginger, who finds herself increasingly estranged from her mother (Christina Hendricks) and drawn further into the world of her pacifist and anti-nuclear activist father (Alessandro Nivola). However, her friendship with the fiery Rosa (Alice Englert) is severely tested by his unconventional lifestyle and their relationship threatens to explode like the bomb that threatens them all. The result is a passionate, moving and intelligent examination of political and personal responsibility, portrayed in exquisite detail by some of the greatest acting and directing talents in contemporary cinema.

"An empathetic and aware film, "Ginger & Rosa" is several striking things all at once. It's an adult look at the teenage years, an examination of how personal emotions inform political action, a noteworthy change of pace for writer-director Sally Potter and, most of all, the showcase for a performance by Elle Fanning as Ginger that is little short of phenomenal." - Keneth Turan, LA Times, 21.03.13

"Working from her own script, Sally Potter guides her young actresses with exquisite care... Potter’s portrait of two girls on the brink of massive change amid the thunderclap of self-realization is wrought with precision that reads as effortless onscreen, all praise to Fanning and Englert." - Linda Barnard, Toronto Star, 28.03.13