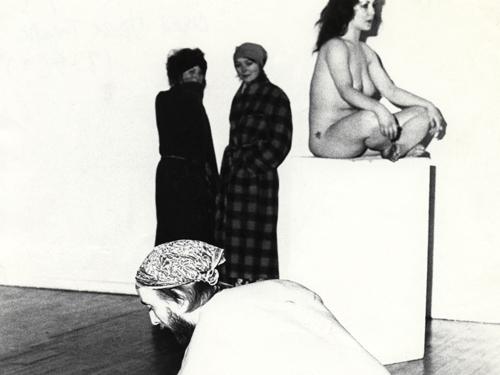 When Jacky Lansley and I formed Limited Dance Company in the 1970’s, one of our first productions was called Aida.

The show was set in a bare studio at Oval House Theatre, a room that had a large glass dome in the middle of its roof. A man (Craig Givens) walked in circles on the roof around the glass dome, wearing a jockstrap, a natty headscarf and black satin pointe shoes. (He was one of the few male dancers of the time brave enough and skilled enough to do pointe work). Throughout the performance, one could hear the unmistakable sound of the wooden blocks in his shoes as he repeatedly circled overhead, and see his ghostly image which was filmed on closed circuit TV and broadcast in a small monitor in the space... until, at the very end, he staggered wearily down the stairs, still on pointe, into the studio.

Meanwhile, another dancer, Fergus Early, similarly attired, was given the task of performing more pirouettes than he could ever manage, one after another, as the performance continued.

Elsewhere in the space, a female nude (Janet Krengel) sat on a pedestal reading from Das Kapital by Karl Marx.

Jacky and I were wearing voluminous dressing gowns and turbans, like backstage divas. At the climactic moment of the show, having explored other themes of the opera, we removed the dressing gowns, revealing identical ones underneath, and sang the famous duet from Aida accompanied by solo cello (played valiantly by Colin Wood).

We really did sing our hearts out, albeit in this ironic and formalized context, and as the audience laughed hysterically, some kind of minimalist operatic epic was achieved... a hymn to human fragility perhaps.

Now I am surrounded by a truly epic cast of glorious voices, soon to be performed in the largest auditorium in London, but the part of me that wanted to redefine opera back then - in a such a spare, ironic form - is still at work.

For at the core of the most complex stagings is a simple structure, and unless you search for its bones you are lost. 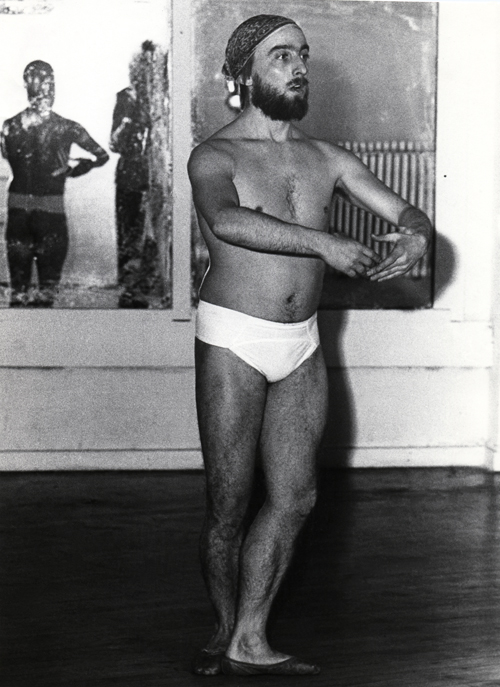