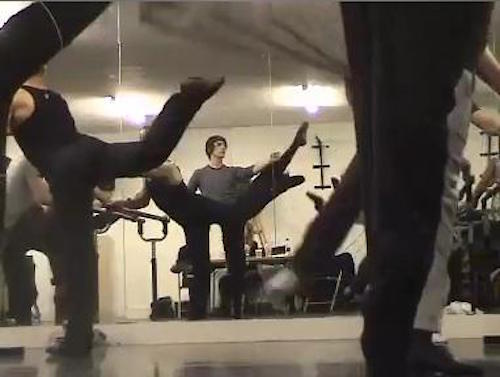 Auditions can be cruel affairs. The air is thick with fear of rejection, and the potential for humiliation is enormous.

I try to make the audition process as humane as possible but have often got it wrong. Recently, for a film, I tried having some people send in tapes of themselves reading a scene. It worked quite well. We were all saved the horror of insincere exchange. Another plus is that, later on, you can look at a performance and discuss it with colleagues with a degree of detachment that is impossible if the person is in the room.

For Carmen I had to audition opera singers for the first time in my life, one after another. I took a camera, partly as a record of the event and also to enable me to look and listen later with a little more objectivity. Audition rooms tend to be austere, unphotogenic places; uncomfortable and often harshly lit. Despite these conditions, David Kempster, singing Escamillo, held the space with a charismatic intensity. And Julian Gavin, singing in a gloomy Quaker meeting room near to ENO, gave himself entirely to the moment, singing Don Jose with as much energy as he might to an audience of thousands in a huge auditorium, Martin Fitzpatrick accompanying him at the piano and bravely singing Carmen’s lines.

Then, last month, we auditioned dancers. I found it moving to sit in a room whilst several tango couples plus about twenty men leapt and turned and sweated and gave their all in the specific way that only dancers can – a sort of full-bodied generosity.

I started the day with the dancers by explaining that the choices I would make should not be interpreted as a judgement of who was better or worse as a dancer but who was right for the particular alchemy of this production. Whether it helped people to relax or not I don’t know, but it was important to say it, as it is true.

Then, as I watched the dancers I contemplated the complex relationship between the eyes and the ears…dancers to watch, singers to listen to, on the surface, but in fact performers one and all. Individuals with bodies that are their instruments and which, with training, dedication and a kind of ruthless love, become sacred vessels.