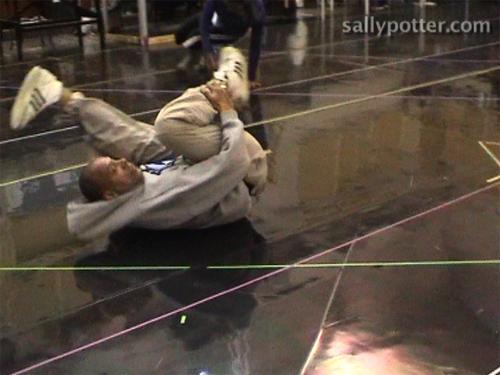 For the last two weeks we have been searching for – and finding - the dance language for Carmen.

I knew, in choosing Pablo Veron as principal dancer and co-choreographer, that the secret architecture of the tango would be central to the movement vocabulary of my production.

Not the sleazy over-dramatised tango of so many shows (the tango that the Argentineans themselves call ‘tango for export’), but the underlying forms of the dance for two that tango at its best embodies so powerfully.

From a purely choreographic point of view the many varieties of ‘enchainements’ (sequences of steps) in the tango have an extraordinary beauty and complexity and are extremely versatile as ways of moving through space.

From a dramatic point of view tango is about relationship: unity and polarity; a language of intimacy that can resemble a fight (to paraphrase Borges, the great Argentinean writer).
All of these resonances can echo and underscore the themes of Carmen.

The other major movement vocabulary that I have instinctively gravitated towards is hip hop, or street dance.
My Carmen is set in a present day urban environment, a public space that is equivalent to the ‘town square’ in the original libretto. Most of the characters in the opera are poor and disenfranchised. Street dance (like the blues) is a vital expression of those outside the system finding and creating joy and power out of nothing. A street corner can become an auditorium; as you watch young people spinning on a piece of cardboard or tumbling across tarmac you can have as powerful a visual experience as any you can see on the stage…

It turns out that Craig, one of the dancers whose vitality and fluidity so impressed me in our auditions, started his dancing life on the streets of Brixton, as I discovered this week in one of our rehearsals. To watch him and Pablo dance together, egging each other on to feats of ever greater ingenuity, has been just one of the joys of the last few days.

Put those elements together with the knowledge Kate Flatt, my other co-choreographer, has of the rhythmic patterns of gypsy and other dances from Eastern Europe, as well as the seguedilla and other Spanish dances - some of which are the same references Bizet had in his inner ear when he was composing the score - and we have the beginnings of something explosive.

These researches have all started with listening deeply to the music, which itself is dynamite, and responding to its calls.

My primary task now is to integrate these elements seamlessly into a language for the bodies on stage which will help to propel us through the narrative and be a visual counterpoint to the voices.