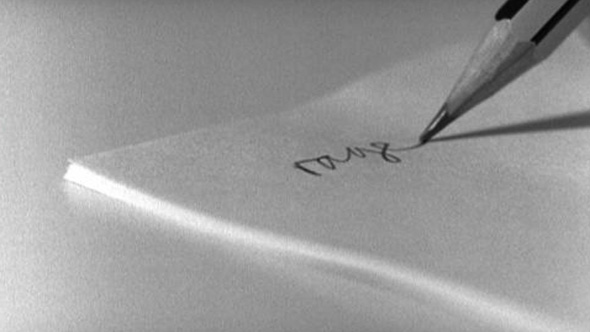 There is no zero point in writing a script, of course. Just the illusion of nothingness before the something appears. But confronting emptiness, a kind of void-state, whilst sometimes terrifying (will anything ever happen?) is also exhilarating.

A long view opens up, where all seems possible. Not just fresh starts, freed from habits of all kinds, personal and professional, but even the horizon itself changes.

After the long haul of a film (never less than three years in my experience) one needs to catch up, find out who you have become whilst immersed in the journey. Sometimes you can take the film with you as you change, but with others you must stay true to the original concept even if you feel you have moved on.

RAGE is an example of a film that has morphed continuously during its long evolution (I wrote the first draft after completing ORLANDO). Now, at last, its entry into the world has been made consistent with its themes and storyline.

A boy-child, who we know only as Michelangelo but remains unseen and unheard, interviews his subjects with a cellphone and posts his material on the internet over a period of seven increasingly catastrophic days. Now the film itself will appear, for the first time, on cellphones, in episodes day by day for a week (and then on the internet.)

Amazingly, it seems this has never been done before.
It is nice to be the first to take the leap, but even more gratifying is that there is a unity between the story itself and how it is released.