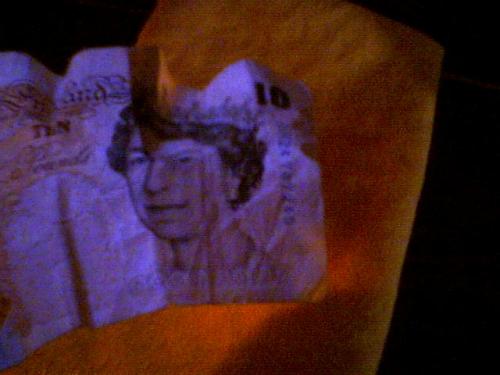 There is an interesting new post on the forum from ‘EasyLife26’. The writer had seen the Reuters TV report from Berlin about RAGE and responded with “Naked Cinema?...I just don’t find it very interesting or justifiable that ‘only’ a million dollars was spent on this film. That doesn’t impress me.’

The post ended with the question: ‘Must art steal from life in order to enrich it?”

The writer asked many serious questions with ethical and moral implications. As the budget figures for films are often quoted but rarely analysed or discussed, I was grateful for the opportunity to try to explain how it is that a relatively minimalist film like RAGE, considered ultra-low budget by Hollywood standards, can nevertheless end up costing $1 million.

I have now added my reply to the writer’s questions below:

“Thank you very much for this post. Money is so often the root of all divisiveness and misunderstanding, and film budgets are no exception. I agree with you that at first sight the sum of one million dollars seems an obscene amount to speak of in the same sentence as ‘naked’ cinema. But I am grateful for the opportunity to disrobe the myth of what this figure actually means, how it breaks down, and what the realities of this way of working entail.

I do believe transparency is a good goal where money is concerned, so I am going to try and be as clear, detailed and transparent as possible.

First, the million dollar figure is the true cost of finishing the film, not the actual sum raised for it. (I will explain this in a minute). There was not a magical pot of a million dollars waiting that could be spent any way I chose. (Yes, people I know and love are suffering, though not only financially, and one of my dreams, if I could become rich, would be the joy of being able to give money away to them. It is a recurring fantasy.)

But making RAGE was not like that. In common with every film of mine, the struggle to raise finance for it was arduous. We struggled for some months to bring the budget down as low as possible, to follow a ‘no waste’ principle, to be as joyfully minimalist in the process of its making as the script intended the film to be as a viewing experience. We borrowed money to finance the development. And eventually took out a second mortgage on my flat in London in order to get it off the ground. Then we packed our bags and flew (economy class) to New York where a private individual who had never been involved in movies before had enjoyed the script and decided, after a long meeting over lunch, to invest $300,000. A second person invested $25,000. Between them this was just enough to cover the actual cost of shooting the film. This figure covered the hard costs of renting a small amount of equipment, a studio (a small space in Harlem) renting a tiny apartment (found on the internet on Craigslist), paying each of the fourteen actors the same equity/SAG minimum for just two days work each, and the small crew at the union minimum rates. The two producers and myself deferred our fees.

Let me digress for a moment about the realities of ‘deferred’ fees. I have done this on every film except ‘The Man Who Cried.’ It means that during the working process itself you don’t get paid, and then, in theory, when the film is sold, following payment of the sales agent’s commission and expenses, and whatever repayment has been negotiated with your investors, you get your fee, or part of it, somewhere down the line. But with YES, on which I worked fulltime for four years (and deferred my fees) I have yet to earn a penny. The ‘expenses’ of sales agents and distributors and payments to other investors had eaten up all the worldwide income from the film before my fees were paid. If the film had been a spectacular box office and financial success, then the situation would be different. But the reality of "independent" filmmaking, outside of mainstream genres, is that this very rarely happens. In the meantime, most film financiers now expect filmmakers to defer part or all of their fees, especially on low-budget productions. After a while this accumulates as a form of personal debt from which it is hard to escape. I have accepted it as the cost of working on films which are for me a personal, poetic and political necessity. And it is not the kind of thing one advertises, as for most people the idea of sympathy for the financial woes of filmmakers is, understandably, a laughable concept.

So, back to RAGE.
Having decided to go for it and make the film for the cash available without exploiting anyone – except, arguably ourselves - (though depending on the generosity and commitment of the actors and crew to work for very much less than they could earn elsewhere) we had, nevertheless, a film in the digital can and a theoretical budget for finishing it. This is where the million dollar figure comes in. On paper, if everyone was paid, including the costly post-production laboratory expenses of taking a digitally filmed movie through to 35mm print and commercially projectable digital format (the varying realities of current international cinema projection now demand both), with the sound mixed in a large enough studio to know what it would sound like in a big cinema, we arrived at the sum of a million dollars, more or less.

In the interests of transparency I can tell you that that sum includes my deferred fees of $50,000 for writing the script and $50,000 for directing. This represents about three full time years of work (plus the unpaid publicity tours which independent films depend on to generate press coverage.) At an average of $30,000 a year this works out at about the same as my assistants and less than the production managers. However, because of the deferment structure I have not yet received a cent of either fee, and neither have the two producers whose fees are, on paper, $50,000 each. On the contrary, I have borrowed on my apartment in London, which already has a hefty mortgage, in order to complete the film, and so am in personal debt to the tune of $175,000. This is described as the filmmakers’ ‘investment’ in the film (deferred fees are not counted as investment).The UK Film Council will eventually have contributed $300,000 (they committed in principle to join in the financing just after the first private investor, but the complexities of finalising the deal and completing the paperwork that UKFC requires meant that we had finished the edit before any cash appeared.) The issue of ‘cash-flow’ in independent cinema is often complicated. It seems that almost invariably filmmakers end up borrowing to get things done and pay the bills.

So, to recap, the breakdown of costs of RAGE falls as approximately $325,000 to shoot and $450,000 to edit, grade, sound mix and “deliver” the film (in the multiple formats which sales agent routinely require) plus $225,000 in (100% deferred) producer, director and production company fees.

It is hard to imagine how it could have been made any cheaper. When I started making films we all worked for nothing and I scrounged out-of-date film-stock and free editing time in cutting rooms at night; I also printed my own early 16mm films. ‘Thriller’, for example, cost about $3000 made in this way. But there are only so many times one can ask for absolute favours from friends. Crew members have rent to pay, families to feed. I think filmmaking is a serious job and a worthwhile contribution to the lives of others. I think people deserve to be paid. That includes me, of course, but it seems that what Hollywood producers call ‘passion projects’ (seriously, they do) necessitate personal sacrifice from the initiators…a kind of devotional attitude.

Arguably, one could make a film cheaper by doing it digitally from start to finish, involving almost no-one else, and putting it out on the internet. This may be the way forward for some types of film, and we discussed it as a strategy for RAGE. (It remains part of the plan). However there is a counter-argument to the digital cottage industry approach. Even a film like RAGE, by having such a small crew (I operated the camera myself, for example) does in a sense steal work from others who would otherwise be employed in one capacity or another. A film is not a solitary process, like writing a book or painting. It is a collaborative medium, an interface of art and industry, and therefore money is involved for those people – from sound recordists to editors to lab technicians – who depend on being paid.

So it is all relative. RAGE is, by most industry standards, extremely low budget and aesthetically naked. A new genre? Perhaps not. (It was a Reuters journalist in Berlin who described it that way, not me.) I called it ‘poor’ cinema in the tradition of Grotowski’s poor theatre, or Brecht’s epic theatre…naked in the sense of a form being laid bare. ‘Kitchen-table filmmaking’ is another term…a simple description of where most of the plotting and planning took place (and some of the editing).

The familiar glamourised images of stars getting in and out of limousines are really just window dressing in an industry supported by the labours of countless invisible others on the other side of the camera. Similarly, the images on this site of a group of us on the red carpet at Berlin surrounded by photographers are images of a fleeting moment in a long and unglamorous process.

As for your question “Must art steal from life in order to enrich it?” Taken literally, I don’t think that the money that went into RAGE, so far, took it from anywhere else. Recent global finances seem to indicate that there is not a fund of money with a limit, but rather a process of financing in crisis. Money seems to be a kind of fiction that depends, in the capitalist system, on confidence.

My hope was that RAGE would, in its own way, encourage more money to go to more filmmakers if they could limit their budgets in a meaningful way. But perhaps more importantly, I hoped that one of the central themes of the film – the way in which the pursuit of profit impoverishes us all - might have its own subtle impact and do its work in the slow and strangely immeasurable way that art functions.

And I believe that art is not theft but gift, even if the gift seems unwanted when it is first offered.”