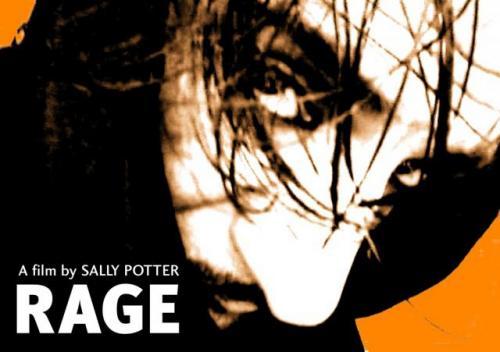 RAGE is nearly done. The picture is locked and I am about to go to Paris to finish mixing the sound with Vincent Tulli (who mixed YES) and then, in January, to make a 35mm print with Digimage.

Of course in reality RAGE will not be ‘done’ until the first public screening…the audience makes it gel, somehow, with the first collective response. It is only then that I ever begin to truly sense what I have made….

I am happy that the premiere will be in Berlin. It was at this festival, always in the chilly winter months, that I saw my first films on a big screen. Thriller and The Gold Diggers were screened as part of the Forum section, organised so expertly and lovingly by the great cineastes Ulrich and Erica Gregor.

Berlin has other significance for me as well; it was the name of a performance series made with Rose English in the years before I made Thriller; an audience followed each episode for a month in a London squat, on an ice-rink and in a swimming pool. At one point our chorus of men stood on a mantlepiece above a blazing fire. Why was the piece called Berlin? The word evoked wild cabaret, political schizophrenia, ghosts, creative daring, political repression, music, and above all the wall. A sense of place with an unparalleled atmosphere, both sinister and inviting.

Now it is transformed, a city that attracts artists, dancers, musicians and money; it is still a beautiful place to visit when the cold is biting, and the spirit of the old Berlin can be found in dark corners, glittering bars, echoing train stations.