An introduction to SP-ARK from Sophie Mayer 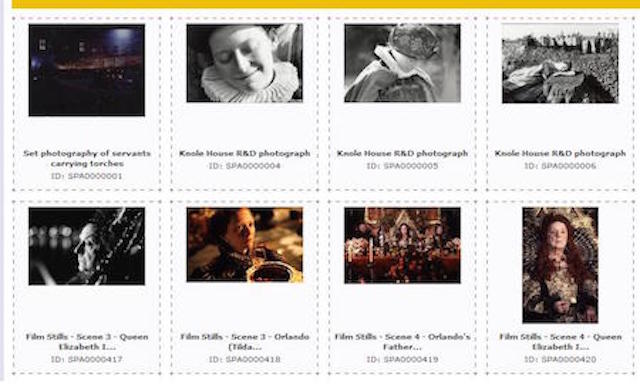 Here at Adventure Pictures there have been a lot of new beginnings – a new website, a new film (underway) and a new and improved SP-ARK. As we focus on the future developments of SP-ARK it is important to look back at where it began. I have copied below a blog post the talented writer, poet and all round person extraordinaire Sophie Mayer wrote in her role as Education Consultant on SP-ARK starting back in 2006.

The first film that Sally Potter ever exhibited publicly – in London in 1968, ten years before Thriller made its first appearance – was the backdrop to a dance piece called Daily. A very early example of multimedia in live performance, it was, though, more than a backdrop. It showed the dancers in ‘daily’ acts in their houses, like cleaning and watering plants. On stage, the same dancers repeated the gestures shown on the film, interacting with their screen avatars. Potter produced something similar, albeit on a larger and more complex scale, for Combines (1972), a legendary piece by Richard Alston’s Strider company, of which Potter was a founding member. Blown-up Polaroids of the dancers in rehearsal dominated the stage and projected behind them was looped rehearsal footage repeating single gestures.

At the end of the film there is a sequence that stands out: no longer focused on the dancers in the rehearsal space, it shows bodies jostling as they climb the stairs. In a witty echo of the iconic opening scene of Michael Powell and Emeric Pressburger’s The Red Shoes, in which the balletomanes and opera lovers race each other up the stairs at Covent Garden, the final sequence of Combines impossibly shows the show’s audience rushing in. Potter went on to experiment with using CCTV camera relays within live performance, an experiment that reached its apex in Carmen at the English National Opera in 2007, where Carmen first appears projected onto a scrim over the stage as she looks up into a CCTV camera located outside the Coliseum, the ENO’s home theatre.

For that production, Potter’s team and ENO Interactive built an innovative mini-site (including video clips that provide a complete education in how to stage an opera) But the Carmen site was only one strand of Potter’s commitment to outreach and interactivity. The latest move to bring the audience onscreen, as at the end of Combines, is a site called SP-ARK, the Sally Potter Online Archive. Just as a glimpse at the Carmen site could show you how to audition a chorus or do a sitzprobe, SP-ARK uses the materials from Potter’s private archives to provide an A to Z of filmmaking.

Now in its first phase of development, the SP-ARK site hosts just a fraction of the available material for Orlando and that’s still over 2500 individual items, from early ideas for the film through multiple drafts of the screenplay to continuity sheets showing how the finished film came together. And being a filmmaker’s archive, it’s multimedia, with video rushes, set photography and screen tests.

But unlike other online archives, this is not just a gallery of documents and objects but an interactive project designed to bring together filmmakers, film scholars and film viewers. The really innovative aspect of SP-ARK is that it pulls together the ability of Web 2.0 to host and stream multimedia and its social networking capabilities, allowing you to tag and blog your way around the site, as well as commenting on blogs by other users, who may be senior academics, Potter’s collaborators (such as composer and musician Fred Frith), students or fans. SP-ARK is developing a unique kind of linked blog called a pathway, where you can attach notes to a series of objects you’ve chosen from the archives. You can see the pathway idea being piloted– with Post-It notes, pushpins and string – by some brave and intrigued MA students from the Department of Media and Communications at London University’s Goldsmiths College, which is collaborating on testing of the SP-ARK prototype.

What that workshop showed is that new media is creating exciting new ways of thinking and organising information, in which audio-visual resources and the reader/user/viewer are coming closer together – something which Re:frame also builds on. It’s something that Potter’s work has explored with audiences and performers since Combines. Now SP-ARK takes this a step further by allowing its users, wherever they are in the world, to interact either by chance encounters when their pathways overlap or via a dedicated messaging system.

Re:frame’s users have an exclusive opportunity to become a part of this next-generation interactive audience for Potter’s work by contributing to the beta-testing of SP-ARK. You can sign up for a username and password by emailing beta@spark.org. And the rest, as Orlando might point out, will be history!