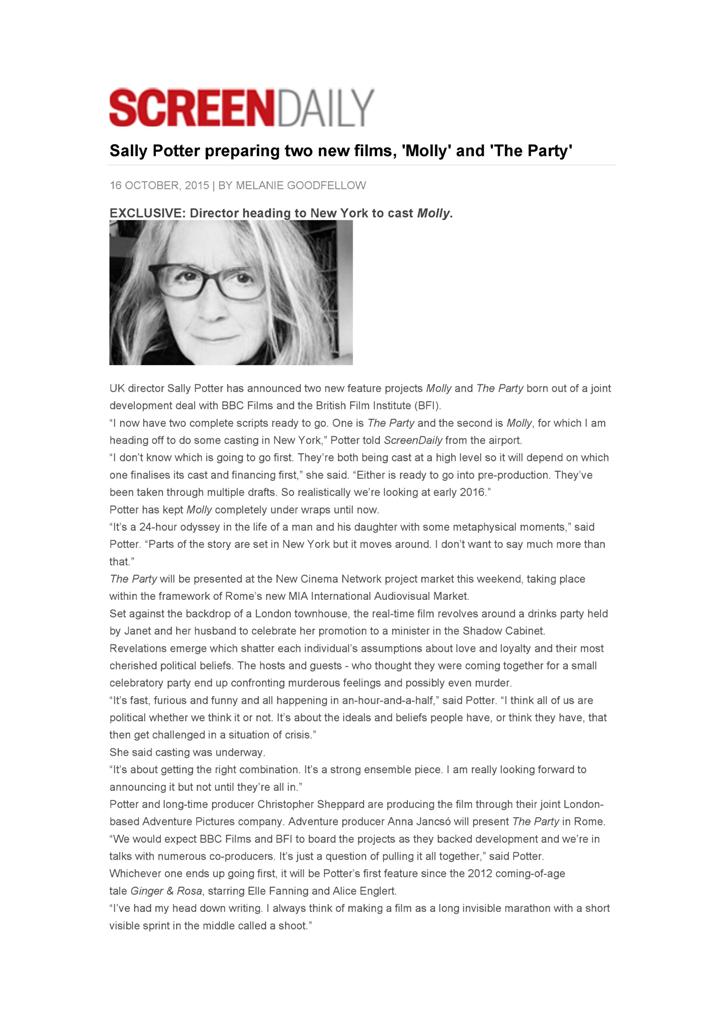 UK director Sally Potter has announced two new feature projects Molly and The Party born out of a joint development deal with BBC Films and the British Film Institute (BFI).

“I now have two complete scripts ready to go. One is The Party and the second is Molly, for which I am heading off to do some casting in New York,” Potter told ScreenDaily from the airport.

“I don’t know which is going to go first. They’re both being cast at a high level so it will depend on which one finalises its cast and financing first,” she said. “Either is ready to go into pre-production. They’ve been taken through multiple drafts. So realistically we’re looking at early 2016.”

Potter has kept Molly completely under wraps until now.