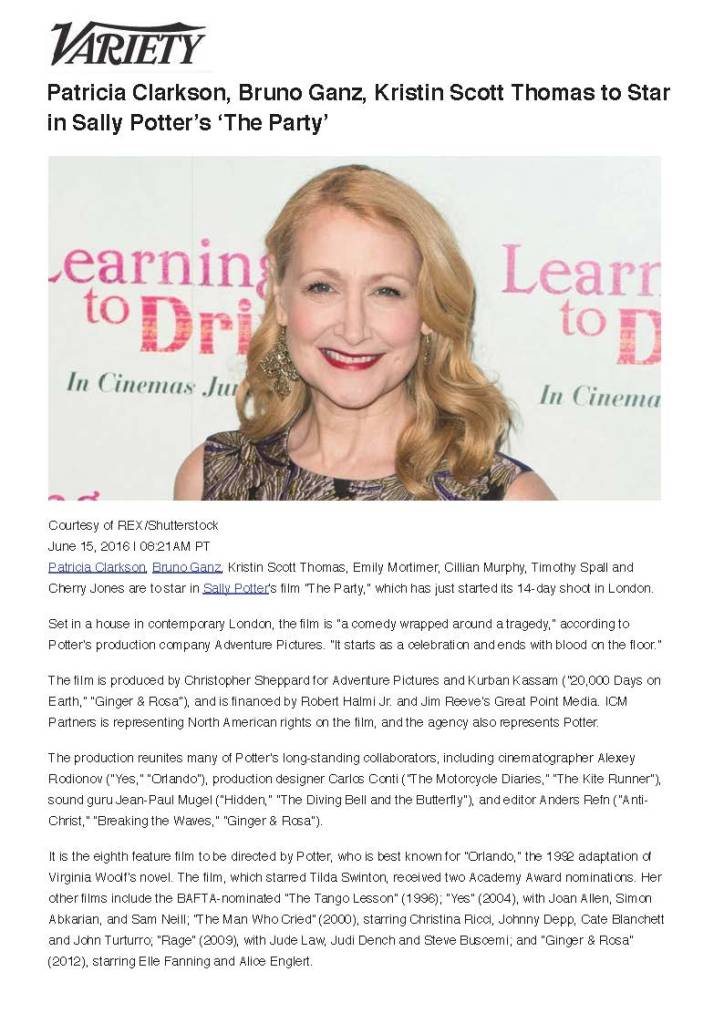 Set in a house in contemporary London, the film is “a comedy wrapped around a tragedy,” according to Potter’s production company Adventure Pictures. “It starts as a celebration and ends with blood on the floor.”

The film is produced by Christopher Sheppard for Adventure Pictures and Kurban Kassam (“20,000 Days on Earth,” “Ginger & Rosa”), and is financed by Robert Halmi Jr. and Jim Reeve’s Great Point Media. ICM Partners is representing North American rights on the film, and the agency also represents Potter.