From The Guardian: Berlin film festival 2017 roundup: an SOS for a world without walls 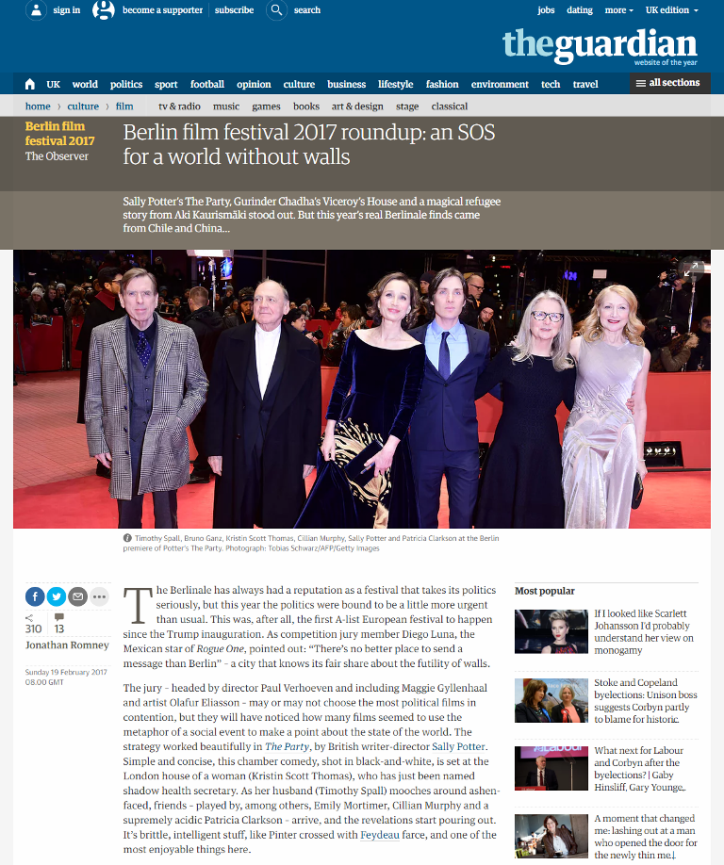 The jury – headed by director Paul Verhoeven and including Maggie Gyllenhaal and artist Olafur Eliasson – may or may not choose the most political films in contention, but they will have noticed how many films seemed to use the metaphor of a social event to make a point about the state of the world. The strategy worked beautifully in The Party, by British writer-director Sally Potter. Simple and concise, this chamber comedy, shot in black-and-white, is set at the London house of a woman (Kristin Scott Thomas), who has just been named shadow health secretary. As her husband (Timothy Spall) mooches around ashen-faced, friends – played by, among others, Emily Mortimer, Cillian Murphy and a supremely acidic Patricia Clarkson – arrive, and the revelations start pouring out. It’s brittle, intelligent stuff, like Pinter crossed with Feydeau farce, and one of the most enjoyable things here.