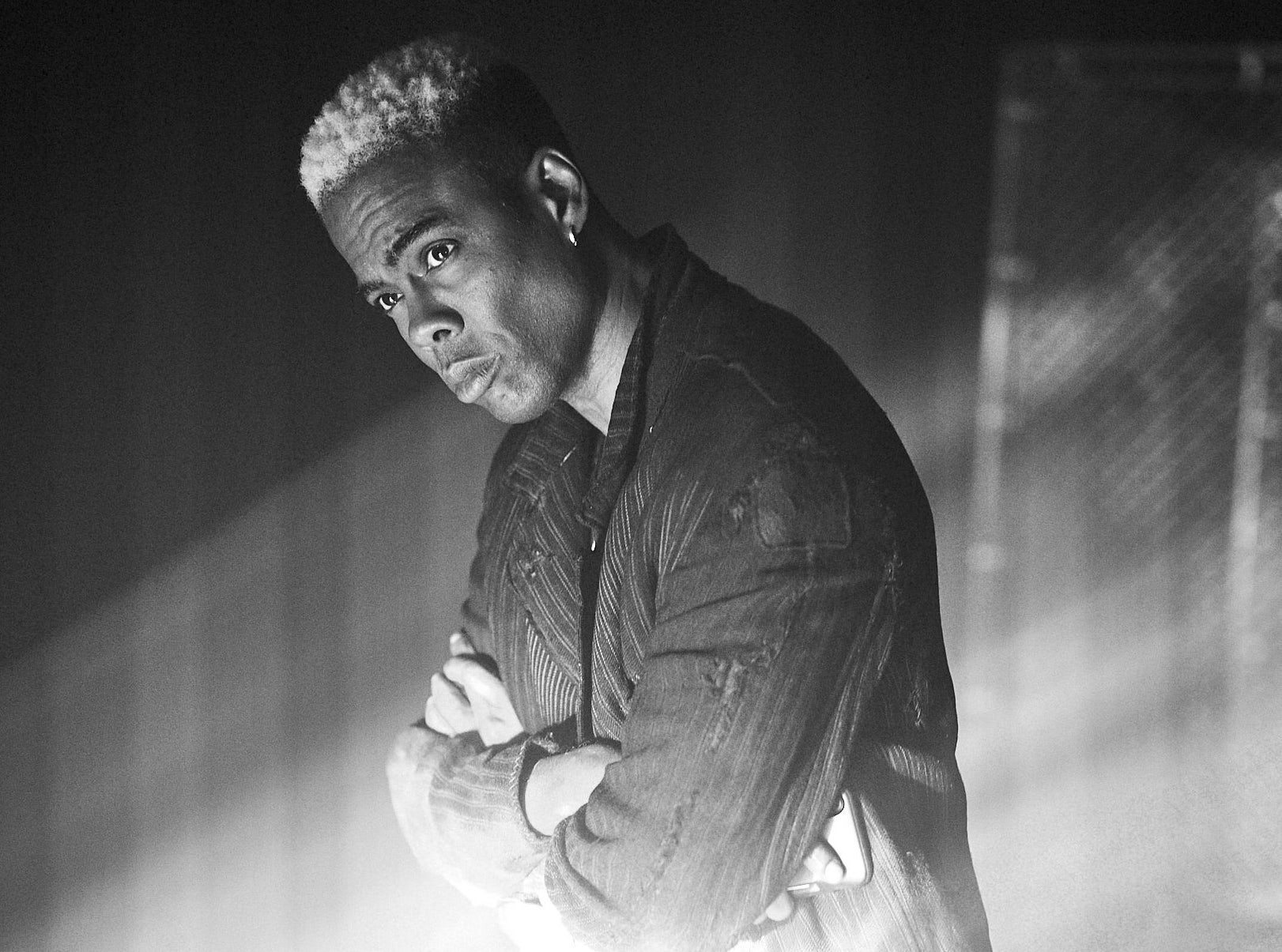 British director Sally Potter, a major guest at last year’s Aesthetica Film Festival, makes a rare foray into short film with Look at Me, a surprising work starring Javier Bardem and Chris Rock. So the story goes, it was originally part of The Roads Not Taken, her 2020 feature which starred Bardem as a man suffering from dementia. It was designed as one of the alternative realities Bardem’s character slips into during the course of the story. When it didn’t quite work, Potter re-tooled it into this standalone short.

Bardem plays Leo, a leather-clad, long-haired drummer, who we first glimpse crashing his instrument with absolute fury, the camera trained on his eyes. Watching him is Rock, who plays Adam. They’re preparing for a charity gala concert for the “unjustly incarcerated”. Tensions are running high. A tap dancer, dressed in an orange prisoner-style jumpsuit, is close by on the stage, behind bars. “A Mexican in a cage,” says Leo, disparagingly. “That’s kind of the fucking point,” Rock quips back.

As “creative issues” come to the fore, it looks like it’s just another story about showbiz egos. But we gradually come to realise that Leo and Adam are a couple, and Leo is troubled. He’s been to rehab for a drugs problem, but Potter never glamourises this. Bardem’s character is near-suicidal, his actions far more than a cry for help. At one point, he teeters on the rooftop of a high building overlooking the New York skyline; embodying the symbol of a “man on the edge”.

Naturally, a lot of the attention for this short will be on Rock, making one of his first on-screen appearances since the incident at the 2022 Oscars. Look at Me deals with male aggression, but in a way that resonates rather than titillates. Certainly, it suggests that Rock should look for more dramatic roles, if Hollywood will allow it. For Potter, this sweaty, moody tale is yet another triumphant exploration of the human psyche; that she manages it in such a short time frame is all the more remarkable.