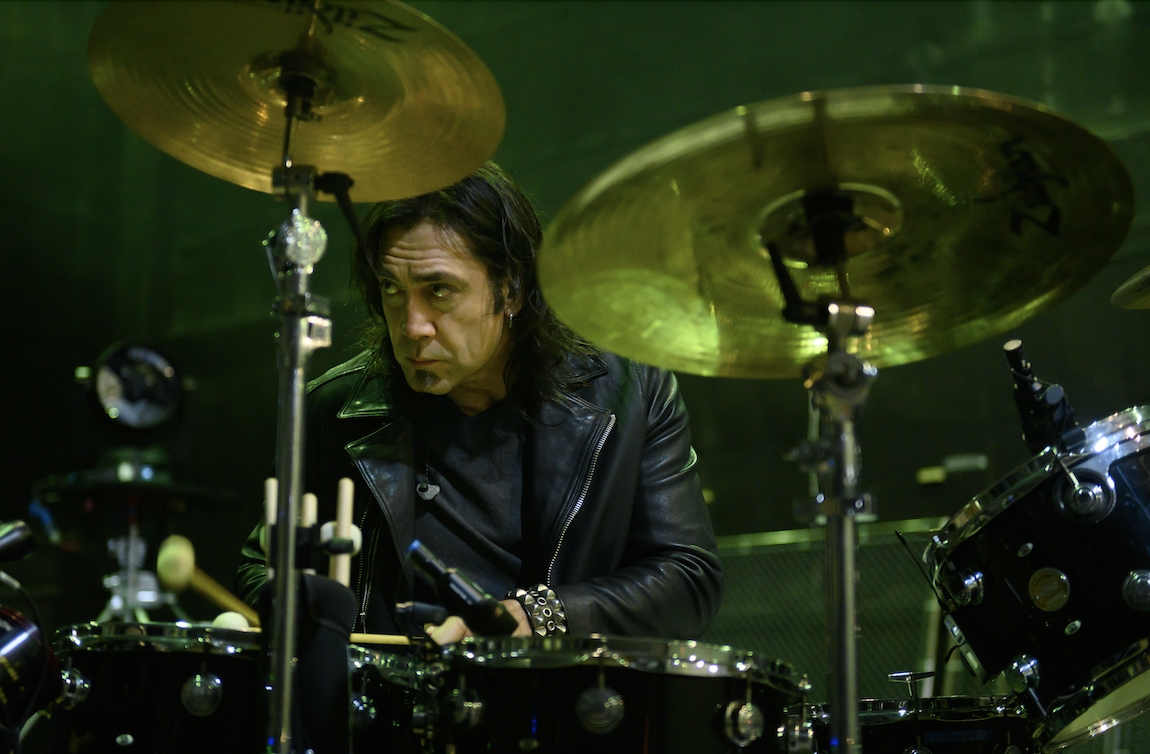 A boundary between helping a loved one and walking away from them is being played with in Sally Potter’s thought-provoking and sly short film, Look At Me. It explores masculinity and anger as we witness creative differences spiral into something more personal. Anchored by a pair of duelling and dancing performances from Javier Bardem and Chris Rock, Look At Me makes us wonder what all men are hiding behind their outbursts and swagger.

A refined and illustrious evening is being planned to encourage guests to open up their pocket books for a worthy cause, but the entertainment still needs fine tuning. Potter’s film opens on a rehearsal where Bardem’s Leo, a rock drummer whose most successful days are behind him, is butting with the gala organizer (Rock) as they try to unify their vision. His beats are loud and rough, and Savion Glover’s tap dancing is being overshadowed by Leo’s raucousness.

Rock’s character begins to strip down Leo’s equipment, and the drummer begins to feel alienated. His art is quite literally being taken away from him piece by piece. But then Potter’s film takes a gentle and unexpected turn as we learn about the connection between these men and just how exhausted the organizer is. While you could be fed up with Leo’s behavior, Bardem brings a weighted sadness to the part. When we see him alone, his eyes are cast downward or even inward as if he is replaying painful memories over and over again in his head.

Rock has slowly been adding more dramatic roles to his resume (Fargo and even Spiral), and here he gives his most mournful performance. He is a man fed up with Leo’s behavior but he cannot fully release himself. Rock is fantastic.

Men push and shove and explode to show their feelings. It’s stupidly primitive, and some cannot find eloquent words to express themselves. Potter sets the stage for these men to explode with their fists and their words, and it’s contemplative, measured, and meaty.