Look at me is a is a "stunning examination of the pressures of work, and providing for others" 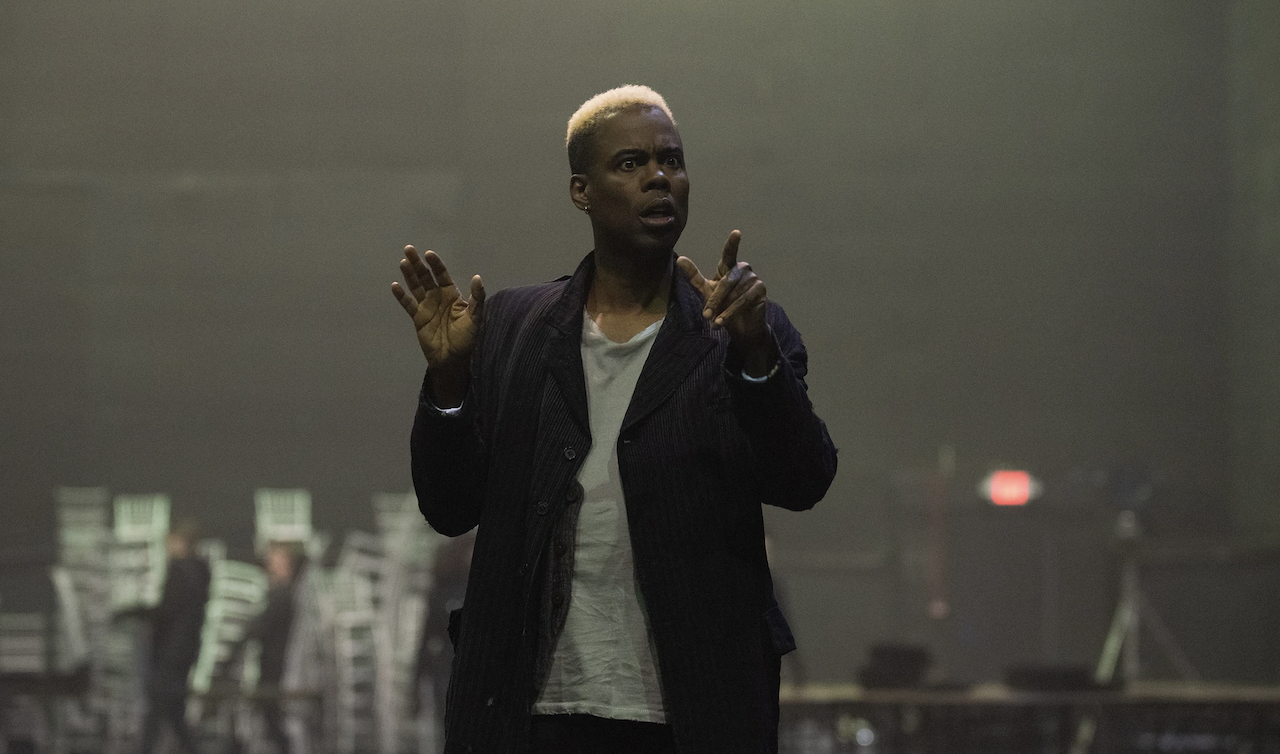 Hollywood has an obsession with ‘what could have been’. It’s a question which haunts many of its finest films, from ‘La La Land’ to ‘Sunset Boulevard'. However, it is perhaps ‘A Star Is Born’ - that eternal Hollywood fairytale - to which ‘Look at Me’ is most similar. Similar, but also distinctly its own short, ‘Look at Me’ takes the best parts of Hollywood classics, but is also inventive, and creates its own story.

Directed by Sally Potter, whose previous credits include ‘Orlando’ and ‘Ginger and Rosa’, ‘Look at Me’ is a stunning examination of the pressures of work, and providing for others. Potter imbues each scene with a sense of emptiness - from a sparsely populated warehouse to an expansive rooftop - illustrating the isolation felt by Leo (Javier Bardem reprising his role in the underrated 2020 film ‘The Roads Not Taken’) and his boss, and partner, who is played by Chris Rock.

Leo is a drummer, that much would be clear just from his long, grungy hair, although the fact that he’s sat behind the drums is perhaps a better indicator. He’s been hired by Rock to play the beat for a dancer at a fundraising gala for the unjustly incarcerated. In what appears to be a cage, Leo plays his drums, with intrinsic close-ups of his face, as Rock watches on disapprovingly, eventually pulling the rehearsal to a stop with the belief that ‘simpler would be better.’

So it goes on, and Rock continues stripping away parts of Leo’s drum kit and in turn the creativity from his performance. Understandably, tensions rise, as Leo sees a man with no understanding of his art, stripping away any creativity in order to produce a monotone, corporate sound. As tempers flare we come to understand the complexities of their relationship - partners both publicly and privately - and the performance becomes a battleground for their relationship.

Basked in fluorescent lights, Potter masterfully sets up the dynamic between the two, and creates an ethereal, yet nonetheless grounded, setting of glorious blues, reds and greens. Working with cinematographer Robbie Ryan (Oscar-nominated for ‘The Favourite’) the short looks more beautiful than most feature films. The gala itself is lit by glowing candles, with an almost medieval sense further illustrating the conflict within their relationship.

Bardem and Rock give nuanced performances and have chemistry which softens the rougher aspects of Potter’s script, which sometimes lacks guile or subtlety in its message. Bardem is quite restrained, with blunt line delivery and hopeless eyes, he perfectly paints the picture of a man jaded from both his love and passion. Rock gives a performance which reminds you of how versatile an actor he is, as adept at drama as at comedy, and able to carry an otherwise lacking screenplay.

Though its message is at times a little too on the nose - satirising rich liberals, who mean well but often fail to see their own hypocrisy - ‘Look At Me’ is a reminder of Sally Potter’s immense talents, which have long been undervalued in Hollywood, and her wonderful storytelling ability, whilst giving Javier Bardem and Chris Rock the chance to shine once again.